How Minecraft has Enhanced Student Learning (explained with the SAMR model)

This year I decided I wanted to try Project-Based Learning in my class. I knew that technology would enhance this approach, and I was ready with iMovie, Explain Everything, Educreations, Skitch, Haiku Deck, Google Sites, Wikis, ect. The previous year my students had made use of all these tools, and had learned to choose the best one for sharing their learning. I was missing a big one however…

A student approached me in class and asked if he could create an activity in Minecraft Pocket Edition. A 3D building block game on his iPod.  I wasn’t sure how it would work, and I felt it would take him far too long to complete. But I gave him a chance, and I was impressed with how quickly he was able to work. This student had difficulty with reading and writing at grade level, but in the span of 10 minutes he had created everything in three-dimensions that other students had created 2D on paper. He has difficulty with letter reversals, but every letter he had built was correctly represented. I was impressed. 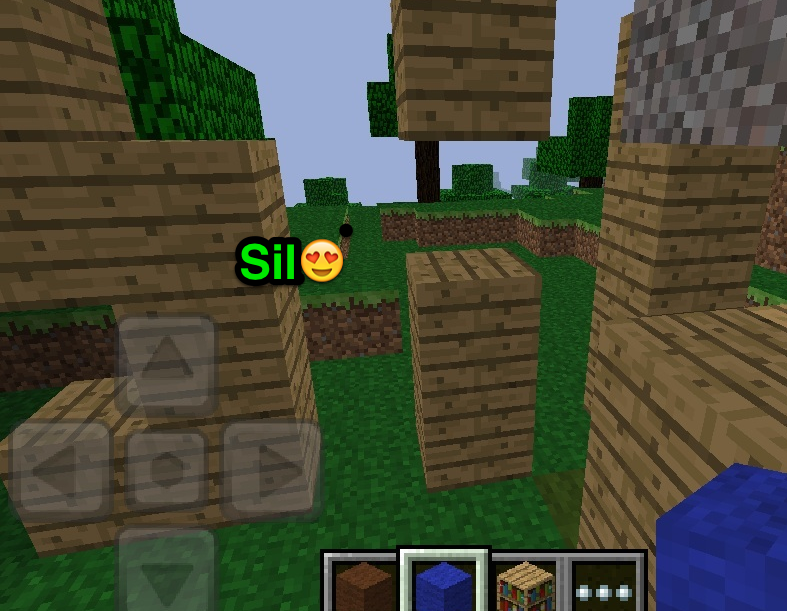 Next we began using Minecraft to supplement other activities and ways of sharing our learning. I challenged the students in my class, I wanted everything they would normally present with a poster, or report. They easily surpassed my expectations, modding, and hacking the concept of a report. Instead of just writing information on a wall in Minecraft, we were being taken on a tour through their project. There were information sections embedded throughout the tour, and working models of what they had learned about. Everything important had been included and shared. Here is a tour of the Titanic by one of my Grade 4 students:


A lot of Problem-Solving opportunities arise as well. Recently, a few student were completed their work early and I gave them a class challenge. We were working on telling time, and measuring time and I wanted time to work with those that would need extra help in class.

“When you are finished… see if you can create a clock in Mincraft… That works!”

At home this might be possible when they are working on the full powered Minecraft application, but Minecraft P.E. has limits as it is designed to work on portable devices. An alternate was to create a clock in Minecraft that was telling a particular time, or show measurement of time.

There was near silence in the room as students finished their work. Occasionally they would confer with each other sharing a strategy, or design that was working. These mini projects were all completed in about 20 minutes.

This student created a sand clock, that cleans up after itself, so that it can be used over again:


Here is a student who created a “working” clock. It isn’t accurate (to scale) but he has “hands” moving at second, minute and hour intervals:

This student had a similiar idea. I challenged him to see if he could build his clock to scale. He went home that night, and returned the following day with a successful model:

These girls worked on measuring time. They created two clocks, and showed how much time had elapsed between the two clocks:

Social Studies just seems custom-made for Minecraft. The opportunities are endless. Any place you learn about can be recreated in Minecraft. Here is a Medieval Village shared in Minecraft:

I have tried to use Ruben R. Puentedura's SAMR model this year to look at how I am using technology in my teaching. The SAMR model helps us to reflect on whether or not we are making full use of the possibilities with technology.

I thought about how Minecraft had changed the possibilities for Report Writing/Presentations:

The lowest level is Substitution:
-tech acts as a direct substitute
-instead of writing report on paper, students type on computer.

The third level is Modification
-tech allows for a significant task redesign
-for me this is where Minecraft comes into play
-students started by creating 3D models of what they were learning about, then took screenshots, or short video clips and used them in reports

The fourth level is Redefinition
-tech allows for the creation of new tasks, previously inconceivable
-creating a report inside a game, writing the important information through each level, or learning space in the 3D environment
-NEW PRESNTATION MODE: sharing that world on a projector hooked up to their device, flying through their created project and visiting each area of important information

These are some other blog posts I wrote on the use of Minecraft in class this year: